5 Things to Watch: Texans vs. Bills

*Here are Five Things to Watch when the Texans host the Bills in Week 4 at NRG Stadium. (Noon CT kickoff, CBS-11/KHOU)

1. Who carries the ball?: Arian Foster will be a game-time decision. He missed last week's loss to the Giants because of a hamstring injury, and has been limited in practice this week. Head coach Bill O'Brien said Foster will work out before the game and the team will make a decision on his availability

after that. Foster said he feels good, but that hamstring injuries are tricky.

If he can't go, look for rookie Alfred Blue to improve upon his 6 yards per carry output last week as a starter. O'Brien reeled off a list of reasons he was impressed with the former LSU Tiger.

"Blue is a big back," O'Brien said. "He's a smart back. He's a tough kid. He's young. He runs tough and he's a guy that helps us on special teams. Really good work ethic, and I think he's the type of guy because of the way he works he'll only get better."

2. Protecting Fitzpatrick: In the first two games of 2014, quarterback Ryan Fitzpatrick wasn't sacked and didn't throw any interceptions. Last week at New York, he was dropped twice and picked off three times. The Giants were able to get pressure on him, and miscues followed.

With the Bills in town, they bring an excellent defensive line that's capable of creating havoc. Left

"They have a lot of talent all across the board," Brown said. "Some very good pass rushers on the edge and in the middle as well. They also do a great job of holding up in the run game. It's a big challenge for us, but we're looking forward to it."

The headliner of that unit is former Texan Mario Williams. Houston's franchise leader in sacks, Williams joined the Bills in free agency in 2012. Brown, who went against Williams frequently in practice for four years, has the utmost respect for his former teammate.

"Just a freak athlete to me with his size and his combination of size and speed," Brown said. "He presents a lot of challenges and I think he's done a great job of developing some great instincts over the years of what to expect."

Williams has eight tackles and a pair of sacks so far in 2014. As a defense, that Bills have a combined eight sacks in three games.

3. Punting possibilities: Shane Lechler and his 50.9 yards per punt gross average might not be available. He was hurt against New York when the Giants blocked a second half punt. He didn't practice this week and was listed with a hip ailment on the injury report.

The team signed Chris Boswell to the practice squad on Tuesday. Boswell was a kicker at Rice, but during the preseason with Houston, the undrafted rookie punted as well. He's capable of filling in for Lechler, but that would require roster shuffling. If Lechler can't go, and O'Brien and company want to roll with the roster as is, there are other Texans able to stand in for the longtime Pro Bowler.

O'Brien said Lechler will be a game-time decision on Sunday morning, so keep an eye out for whoever is booting the ball against the Bills.

4. Buffalo Weapons: All across the offense, the Bills have playmakers. Running backs C.J. Spiller

and Fred Jackson each present their own unique challenges, and quarterback E.J. Manuel can throw to talented pass catchers like rookie Sammy Watkins, as well as Robert Woods and tight end Scott Chandler. It's an offense loaded with speed at the skill positions.

"They've got a lot guys that run fast and play fast," defensive coordinator Romeo Crennel said. "When you are not able to match the speed, then you have to make sure you're in position, use your leverage and use the proper techniques so that you can make a play."

The Texans were gashed last week by Rashad Jennings and the Giants, as New York rumbled for 193 yards on 42 carries. Improving that facet of the defense is key, according to outside linebacker Whitney Mercilus.

"It's just everybody being sound on defense," Mercilus. "Just doing their responsibilities. Everybody being on the same page is pretty much how you stop the run."

5. Big Addition: The Texans made a big addition to their defense on Tuesday.

With the free agent signing of nose tackle Ryan Pickett, Crennel's unit got a 6-2, 340-pounder. With 14 years of experience, Pickett was brought in to help the run defense.

"Hopefully I can contribute right away," Pickett said. "I bring experience. I've been playing nose tackle forever. I'd like to think I'm pretty good at it."

Rookie Louis Nix, III went to the injured reserve this week, and Pickett was brought in to help. Jerrell Powe has started at nose tackle through the first three games.

O'Brien said he expects Pickett to get some snaps against Buffalo. 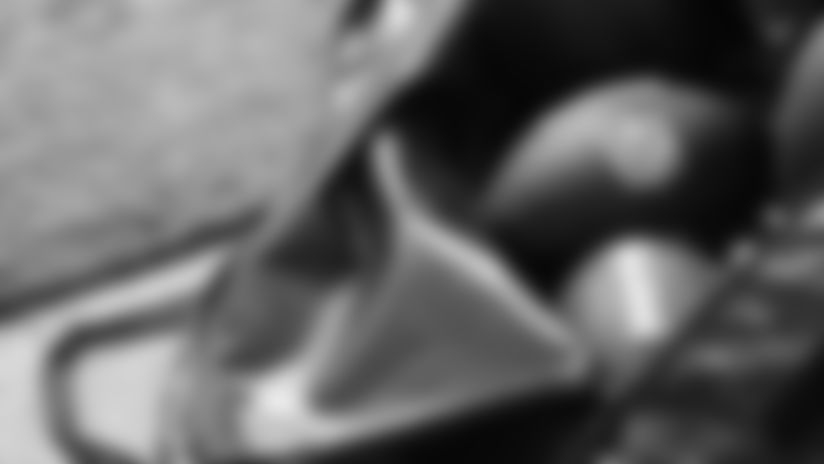 Success stories at 195th overall in the NFL Draft

The Houston Texans have the 195th overall pick in this year's NFL Draft. Several Pro Bowlers, and even a Hall of Famer have emerged from that draft spot in League history.

Success stories at 203rd overall in the NFL Draft

The Houston Texans have the 203rd overall pick in this year's NFL Draft. Several Pro Bowlers, and even a Hall of Famer have emerged from that draft spot in League history.

Success stories at 212th overall in the NFL Draft

The Houston Texans' next-to-last selection in this year's Draft is a 6th-rounder at 212th overall. Here's a look at a few success stories who emerged from that spot.

Success Stories at 233rd Overall in the NFL Draft

The Texans' final pick of the 2021 NFL Draft is set for 233 overall. Here are five players chosen at that spot who went on to successful careers.

The latest round of Mock Drafts have the experts thinking the Texans will use the 67th overall pick on a defensive player.

Houston Texans running back Mark Ingram discussed his enthusiasm for joining the Texans.

Running back David Johnson finished last season with a flourish, and hopes it'll carry over into the 2021 campaign.

Ross Blacklock on his goals for Year 2 | Deep Slant

Exclusive 1-on-1 with Nick Caserio on David Culley

Verzuz: Deshaun Watson pulls out the Cartier shades to compete with Mike Vick

Say Their Stories | Philando Castile as told by Michael Thomas

Watt vs. Watt | Football is Family

Can't Miss: A special message to Deshaun from the Watson Family

Deshaun Watson: "I love this city."

"An opportunity to change the narrative" | Conversations for Change

A message from Cal McNair

Deshaun Watson's message to the Class of 2020

Deshaun Watson's inspiration for success was...

If Deshaun Watson wasn't an athlete, he would be...